I thought I’d post about the Zalman VE400 I’ve been using for a while now. The basic idea is that it’s a USB disk enclosure for a 2.5″ drive, but with a twist—it has a small LCD and keypad on the front, allowing you to create a directory of .iso files and pick one to export as a virtual CD/DVD. (It also supports some sort of hardware encryption, which I haven’t tried.) 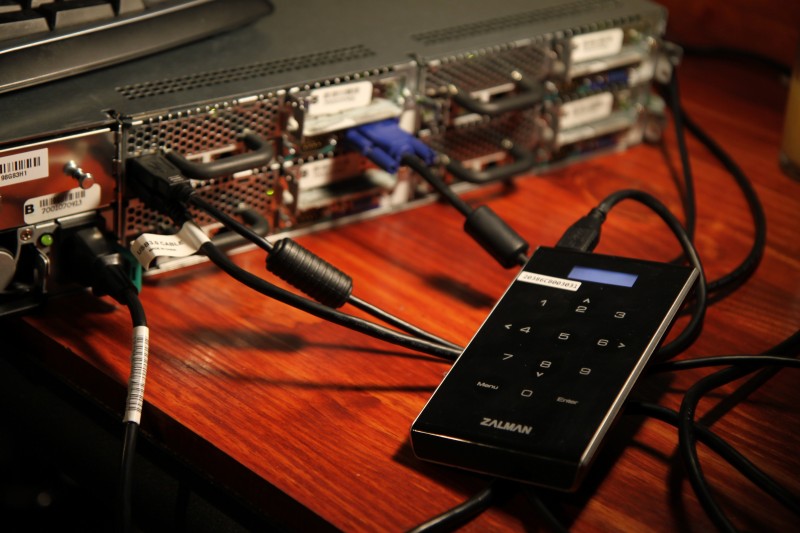 I bought mine, along with a 120GB SSD. Installing the drive is quite easy. Just remove a couple screws on the enclosure, slide the disk into place (it’s literally that easy), and put it back together.

Rather than an extended narrative, I’ll do bullet points for the pros and cons. 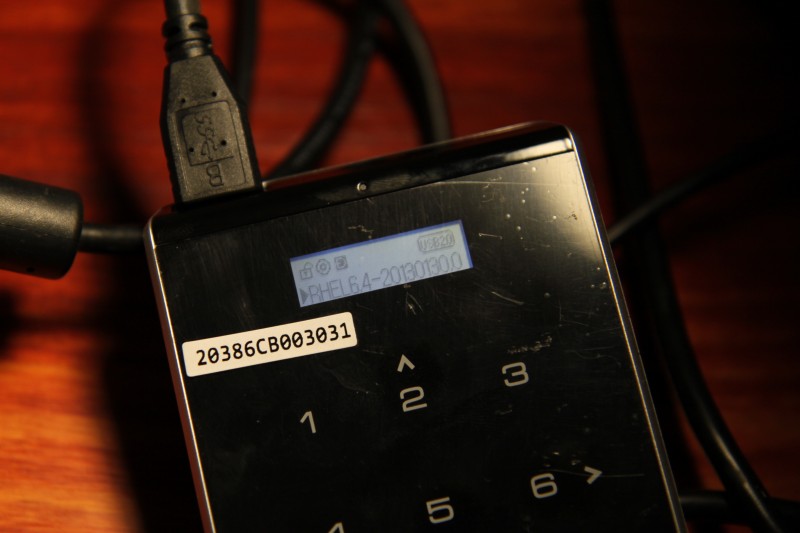 I gave this a 3-star rating on NewEgg, where the average rating is a 2-star review. My opinion has not improved.

However, I would buy this again if I lost it. Despite its many flaws and quirks, I’m yet to find anything else that offers the same functionality.