Twitter user @benmschmidt tweeted last night a list of words that have never appeared in a State of the Union address before: 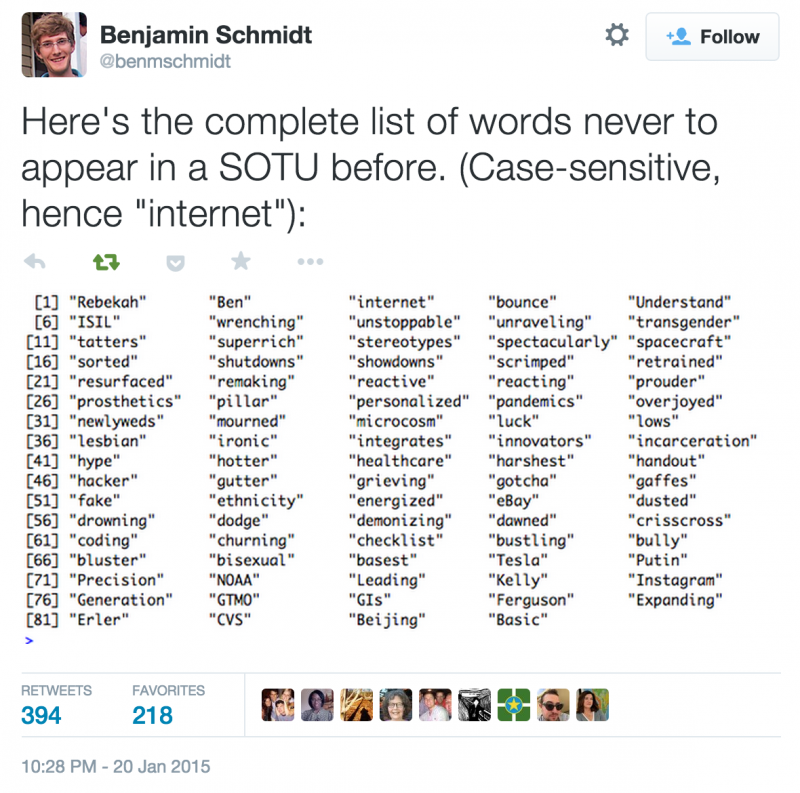 It’s case-sensitive, so things like “internet” (previously spelled as a proper noun in official transcripts) and “Understand” (surely used before, but maybe not at the start of a sentence) are probably erroneous. (And it’s also been suggested that “healthcare” has always been used as two words.)

But it’s exciting to see that the words “coding” and “hacker” make an appearance in a State of the Union address. (Plus reference to eBay, Tesla, and Instagram. I’m hoping “CVS” was not a reference to the version control system.)

The appearance of “lesbian”, “bisexual”, and “transgender” in the address also seems like a sign of progress.